Myntra
On 16th sept 2017 I ordered a Lavie brown shoulder bag..the amount was deducted from my phonepe wallet but the order was not placed(so i have no order id or anything on my Myntra account as well).

I called the customer care executive..I was told I would be refunded within 48hrs...I called them again after the given time I was told it would be refunded the amount within 7-10days. And was promised a refund till 26th sept(I called them this morning firstly the executive denied a refund, I had a conversation with the supervisor, he accepted and admmited that the executive gave incorrect information) I haven't received the refund as of now, and now when posting it on social media they tell to give an update in next 3 days(not refund they would update within 3 days, no information on refund).

This is something unacceptable and giving false hopes to customers. Take steps so as to be an example for other customers suffering from the same issue.
Thank you,
A customer who knows his rights.
Subhodeep Mandal
9582063838 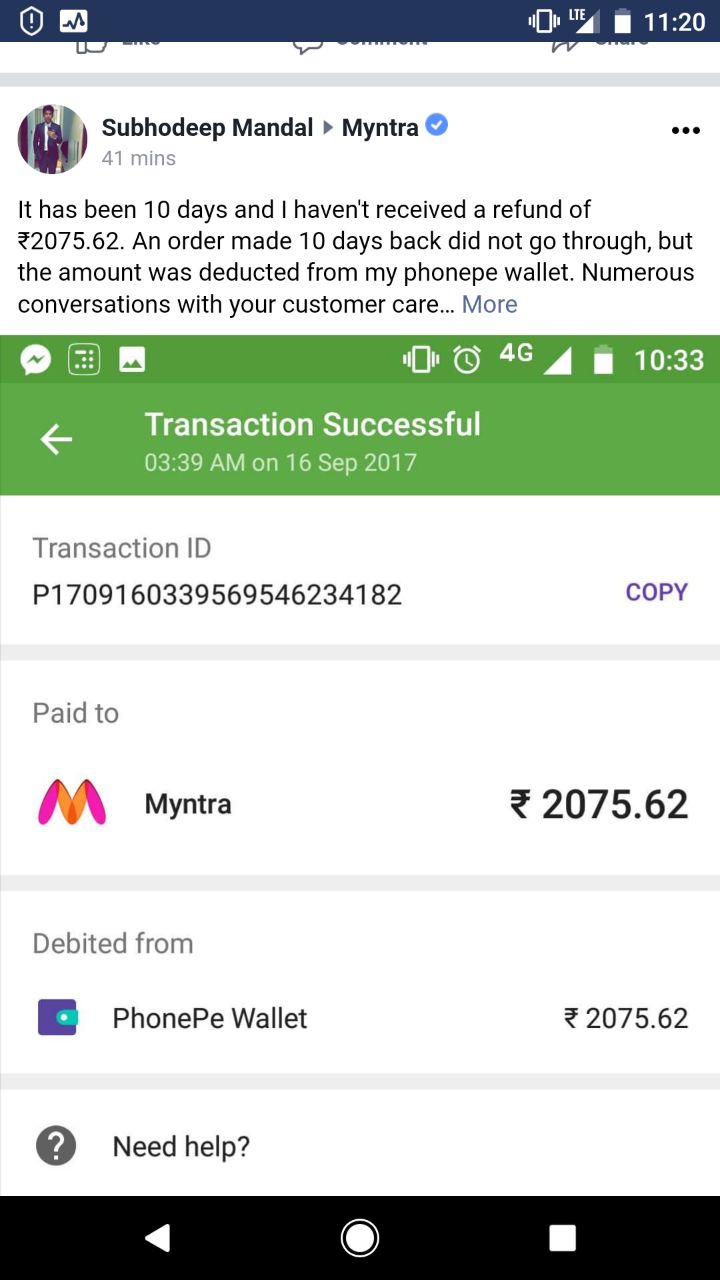 Shopping Complaints
1 Comments
Was the above complaint useful?
Share of Social Media:

I am very much disappointed and want the refund ASAP and want customer forum to take appropriate actions.