Issue was battery drainage and overheating by not more than 9 month of usage of my MOTOROLA MOTO G4 PLUS
(i also had a charger issue earlier for which i had to go to service center within 4 months of buying).

1. they changed my screen without asking me with battery.

2. they replaced it with a faulty or old screen (i checked it when i went for second time to collect it.) I was lucky enough to notice it otherwise I would have been made fool. The screen was yellowish with patches. THEY TOOK MY ORIGINAL SCREEN AND CHANGED IT WITH OLDER OR DUPLICATE ONES. I told them to change it or replace it with my earlier screen.

3.Again they replaced that faulty screen with another more faulty screen (i had to return empty handed the 3rd time again)
This time screen had SCREEN BURNING ISSUE IN IT.( again i was lucky enough to notice it). They were giving me much worse piece of shit telling me that this was my earlier screen only. Again I had to ask them to replace it

4.This time when I was called the screen was again used old faulty or duplicate because it had white dot patch or dead pixel on left middle part of screen. Again they were telling this is my screen only so they will not replace it now.

5. Some MALPRACTICE OR FISHY POLICY is going on in service center as THEY TAKE OUT ORIGINAL PRODUCTS AND REPLACE IT WITH OLDER, FAULTY OR DUPLICATE PARTS THAT TOO WITHOUT ASKING.

6. We have to be careful and extra cautious to check what all they did INSTEAD OF REPAIRING IT THEY WORSEN IT CONDITIONS

7 means going to service center is rather a headache so that condition should not worsen.

8. As My mobile has been opened completely for 4-5 times and screen has been replaced all time with faulty one. Condition of my cellphone is worsened. It is loose with scratches. It has gap between rim and screen. It is no longer water resistant. Speaker grill is misplaced.

9. So condition of my cell phone is worsened by Motorola service and I have to suffer. I have to waste my time money effort and energy 5-6 times that too in vain. I had to take half day off from my office to visit them.

9. And How many time I have to go and visit service center and return empty handed its been more than 1 month apart from knowing that my handset condition is worsening day by day as part are being removed opened and replaced multiple times that too with old faulty or duplicate ones.

10. Its been 1 month my mobile is with them only and no action hass been taken.

11. I even tried to contact Motorola company and customer care and their senior technician but they plainly refuse to help and tell me to collect that phone in whatever condition it is. They also disconnect my call refusing me. I called them for more then 15 times this entire month.

12. I have call recordings as a proof and photos and cc tv footages of their service center. 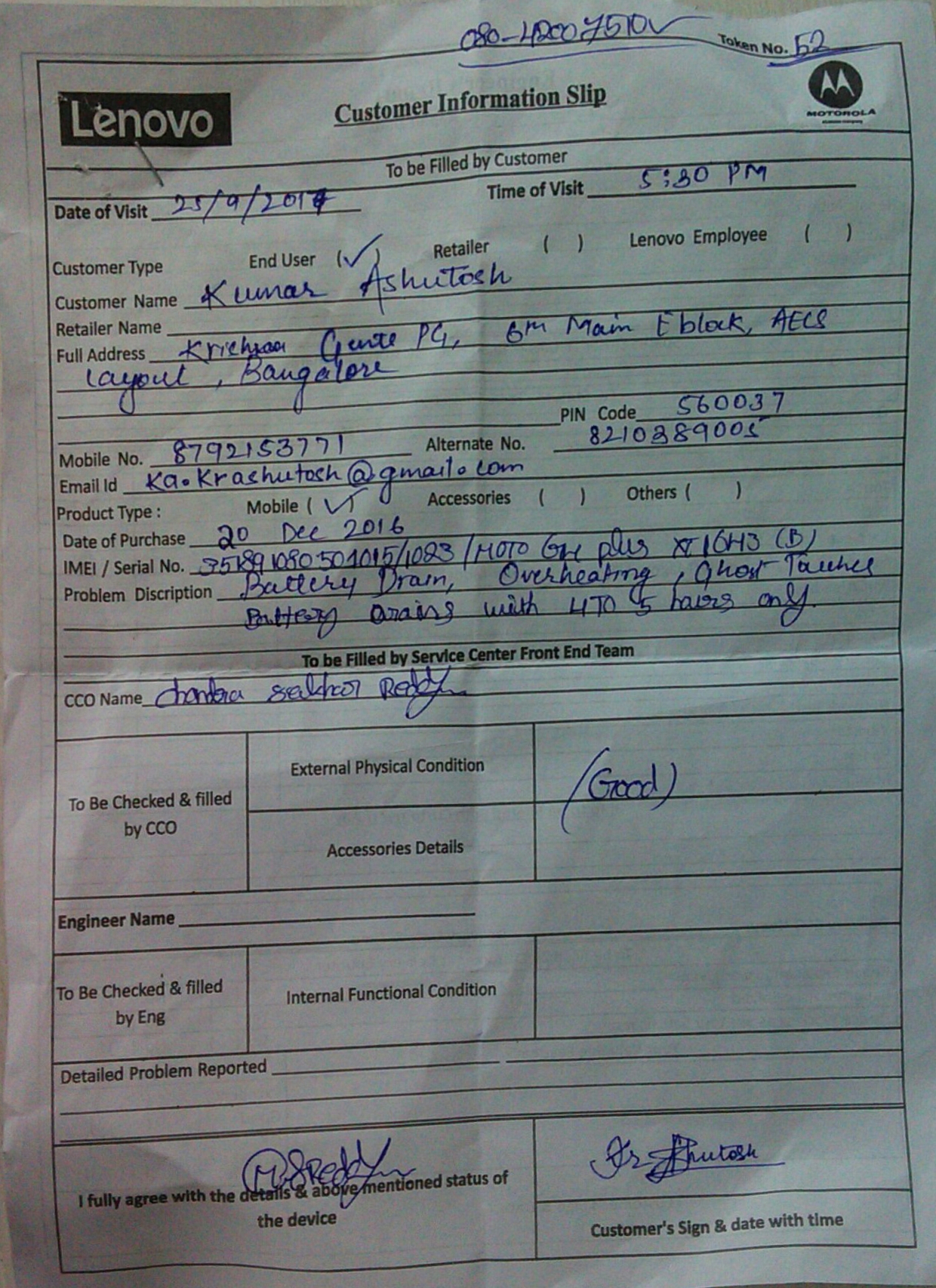 Mobile & Cell Phones
0 Comments
Was the above complaint useful?
Share of Social Media: