Kokilaben Dhirubhai Ambani Hos...
My 18 year old nephew, Deepak Chandrani died in Kokilaben Dhirubhai Ambani Hospital because Gastroentrologist Dr. Gaurav Mehta did not inform / counsel the serious side effects and infection risks of the Biologic Exemptia Adalimumah injections before prescribing it to Deepak, who was unhealthy, suffering from severe malnutrition. He cannot tolerate the injections. This injection didn't worked on him and instead it accelerated, worsened and flared-up the ulcer and infection increased very high. He has to undergo emergency surgery.

After surgery, Deepak had sepsis. His infections increased. Antiobiotics didn't worked on him because Adalimumab injection suppressed his immune system and it can't fight the infections. The infection started increasing and he had a multi organ failure (liver + brain), fatal blood disorders and new viral, fungal and bacterial infections such as leptospira. He was in ICU for 14 days and later on died.

It is the ethical duty and responsibility of the doctor to inform the patient and his family the serious side effects and infection risks of Biological or Immunosuppressant which was NOT done in this case.

If the doctor would have informed us the above serious side effects we would NOT have given this Biologic injections and Deepak would have be alive now.

I have informed and send the detail email to Dr. Milind Khadke Admistration clinic management and done follow-up to taken action but NO ACTION taken yet.
We like to have claim for the pain and suffering that we have undergone for the lost of dear nephew. I hope the transparency, ethics of the hospital are followed and trust of the patients and their family are maintained.

We see that the management take the appropriate steps, measures and action in this case and ensure that such incident never happens again with other patients. 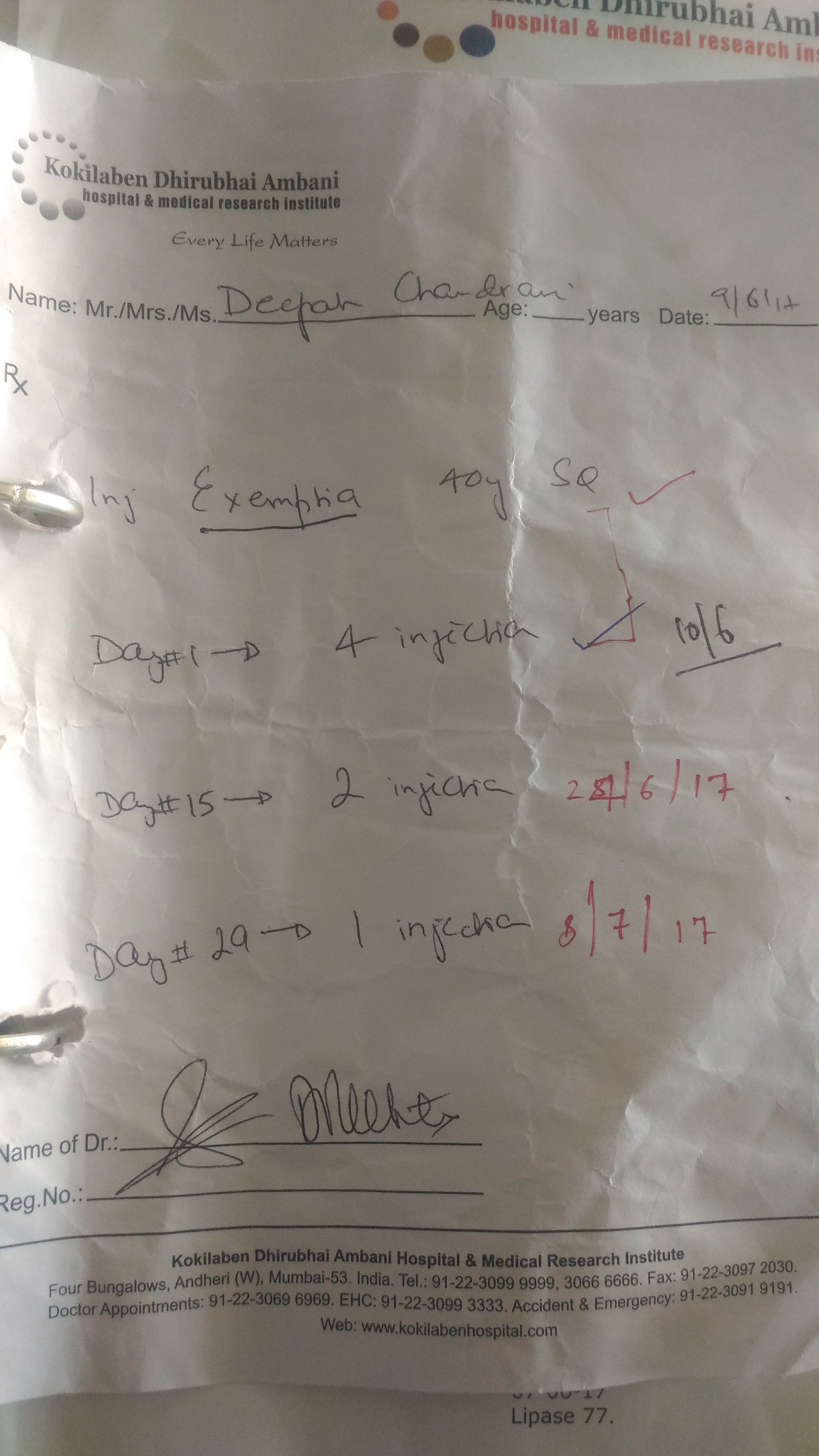 Doctors
0 Comments
Was the above complaint useful?
Share of Social Media: