I tried to communicate with the company for resolving the issue but they are reluctant to help me on this.
When I received the replacement, that also was with broken seal and more than 50% of the bottle was empty as delivered with leaked bottle.Now when asking them to replace it again they are saying that this is beyond company policy and I have to accept the damaged and leaked medicine bottle and also they are not interested to refund for the damaged medicine I received. 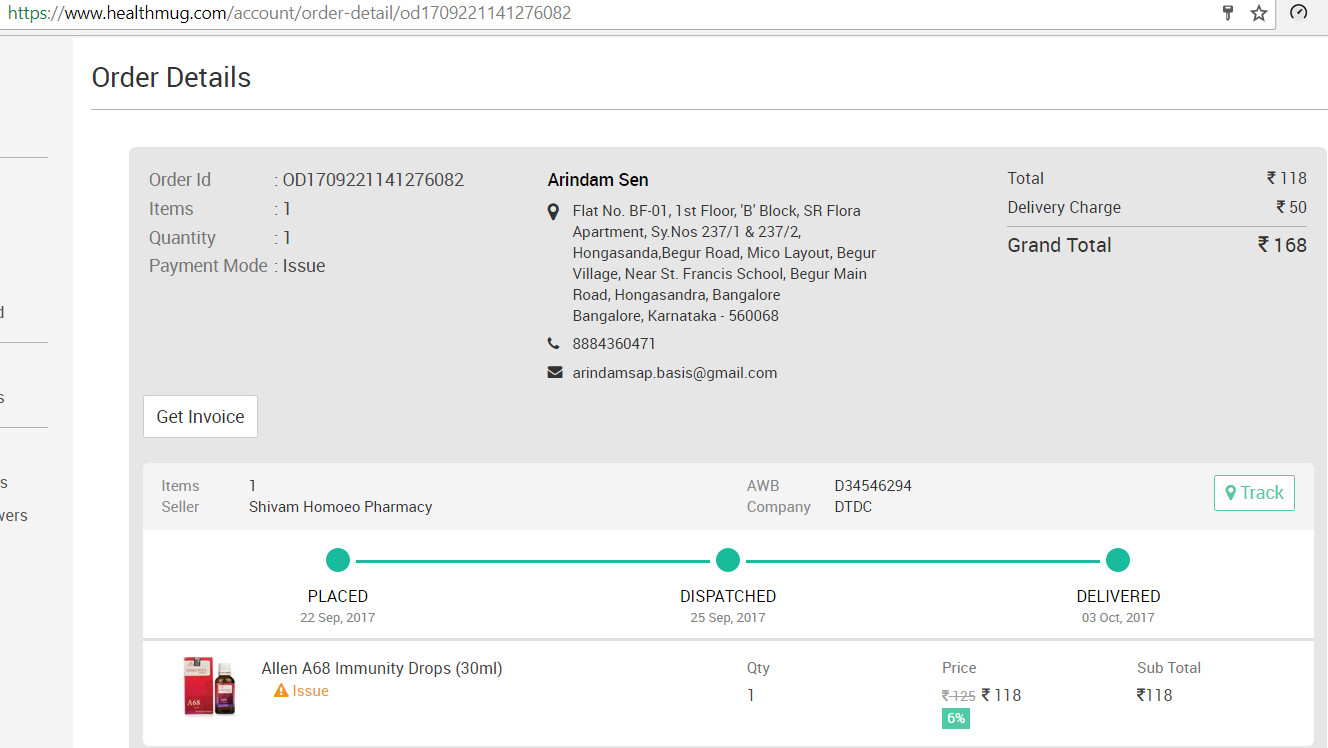 Drug Stores
0 Comments
Was the above complaint useful?
Share of Social Media: