DOMINOS JAILROAD
This complaint is against Dominos,Jailroad,N.D-110064. I am expecting a strict action against them. Had placed an order for pizza on 21st of March,2017 at around 5 pm and paid through Paytm money. Money had been sent but they told us that they had not recieved the money.
It has been till date,2nd of April that they have been calling us or coming to ask for the payment or proofs that the payment had been made where we had already provided them with the screenshots of payment sent confirmation.The screenshots have been attached. This disturbance hasn't stopped yet and I would like the consumer court to interfere. 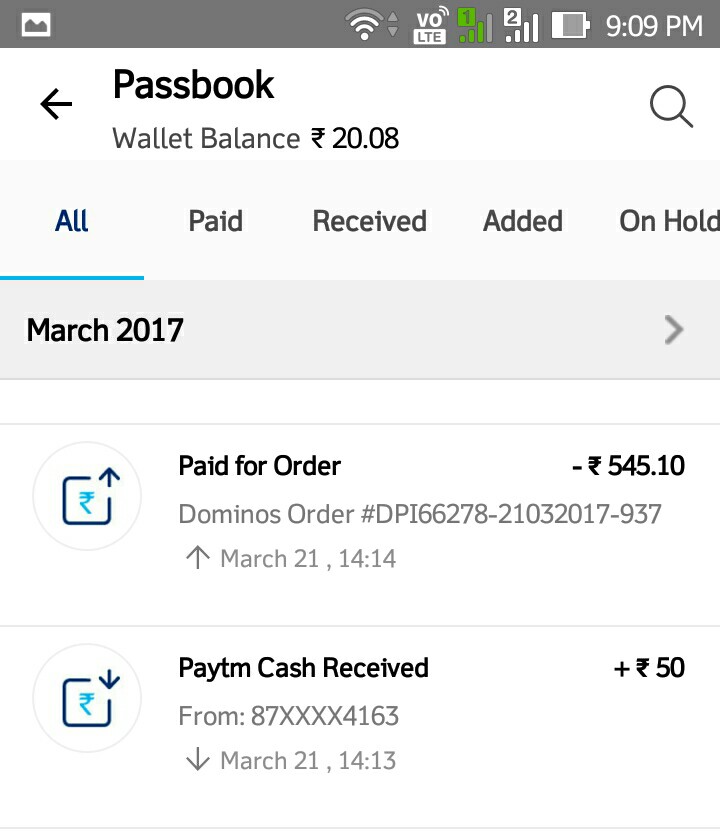 Fast Food Restaurants
0 Comments
Was the above complaint useful?
Share of Social Media: