Racist Rebecca Husselbee has tried to cover up her racism as she is a bigoted coward. However, her bigotry and hate can be seen in the screenshot attached.

Rebecca Husselbee's father Steve Husselbee is also a racist who lives in Kingswinford in the UK, is employed at Fujitsu and is part of Britain First a racist Far-Right organisation which is full of sex offenders. 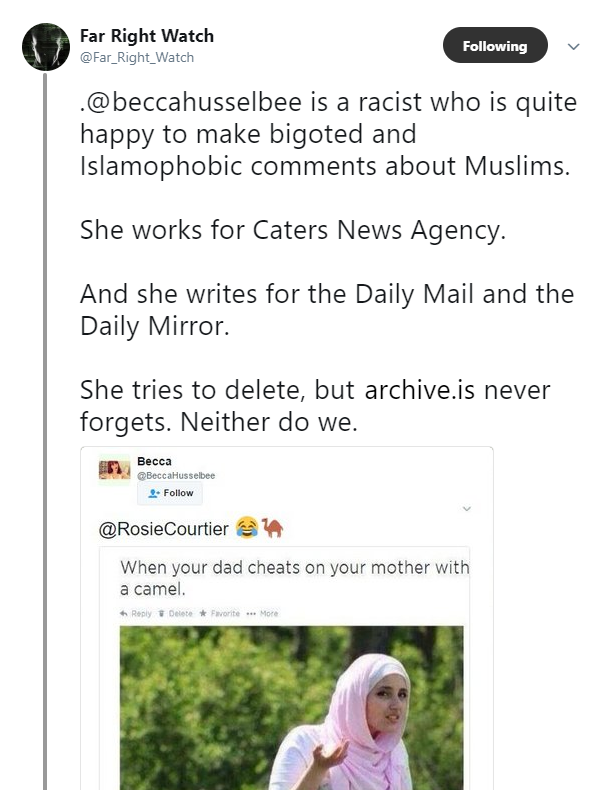 Fake Magazines & Newspapers
0 Comments
Was the above complaint useful?
Share of Social Media: