Blue Dart Express Limited
My package from myntra arrived at siliguri hub on 18th March 2017...today is 7th april and i still haven't received my parcel. I have called the blue dart customer service more than 5 times regarding the same and all they tell me is that the item is in transit. Siliguri to gangtok is a 3 hours journey....how can it still be in transit for 20 days. On calling the bluedart gangtok office they say they have SHUT DOWN the office INDEFINITELY as there are some DISPUTES GOING ON BETWEEN THE BLUEDART EMPLOYEES OF SILIGURI AND GANGTOK. This is unacceptable. This is harresment, why do we have to suffer when we have paid for the service. So now i am left helpless. The bluedart customer service people are the most useless, all they can tell me is what i already know, and they give stupid lame excuses. I was given two mobile numbers by the office here in gangtok of siliguri office 8336922769. He spoke to me rudely and said he cant help me and was instead asking me where did i get his number from. The second number 9932033337, last week Friday ie.31.03.2017, i gave him my shipment number and said he would get back to me, now wont even answer my calls.
Please take some strict action against bluedart. Its not just me, all the peolpe here in sikkim are unhappy and disgusted by bluedart. 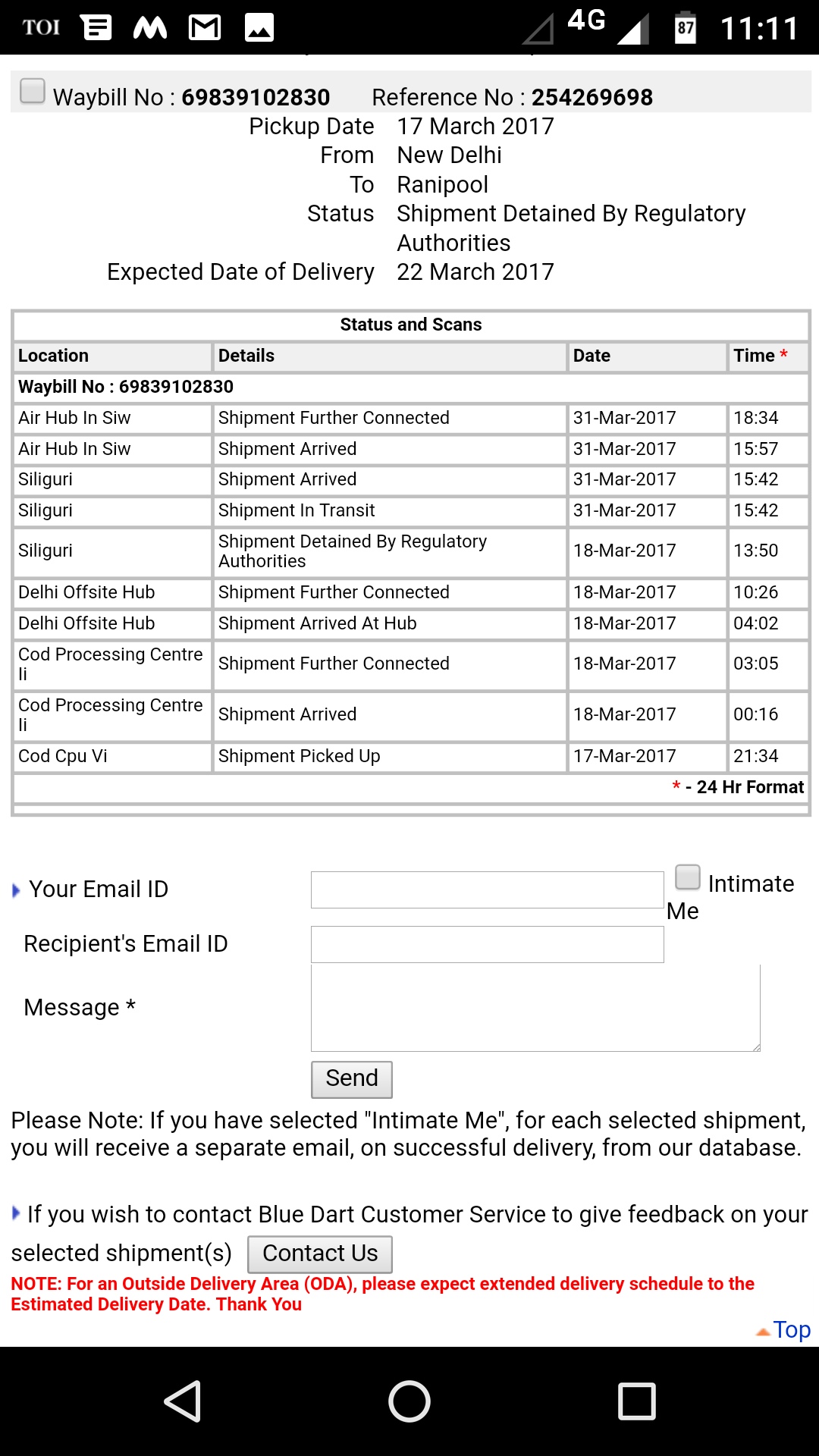 Courier & Shipping Scams
0 Comments
Was the above complaint useful?
Share of Social Media: